Tomorrow (September 13, 2015), the Chicago Bears will host the Green Bay Packers in the 191st meeting, including the postseason, between the two teams. Chicago leads the all-time series 93-91-6 which dates all the way back to 1921. The two teams have combined for 22 NFL Champions, 5 Super bowls, and 57 members of the hall of fame. Check out the history of their rivalry below:

As a Bears fan growing up, the two things my father kept mentioning was the ’85 Bears team and beating Green Bay. He had the Super bowl recorded on VHS (Throwback!) so I’ve seen the game dozens of times. What I haven’t seen dozens of times, however, is the Packers losing to the “Monsters of the Midway”.

Chicago was dominating the series until the past 2 decades. Green Bay has featured two future Hall of Fame quarterbacks (Brett Favre and Aaron Rodgers). Chicago’s defense has dramatically declined from its signature style over the past few seasons, and Aaron Rodgers has taken advantage of it. Last season against Chicago, Rodgers completed 40 of 55 attempts for 617 yards, 10 touchdowns, and 0 interceptions, with a quarterback rating 149.0. In the last meeting, Green Bay demolished Chicago 55-14 at Lambeau Field. 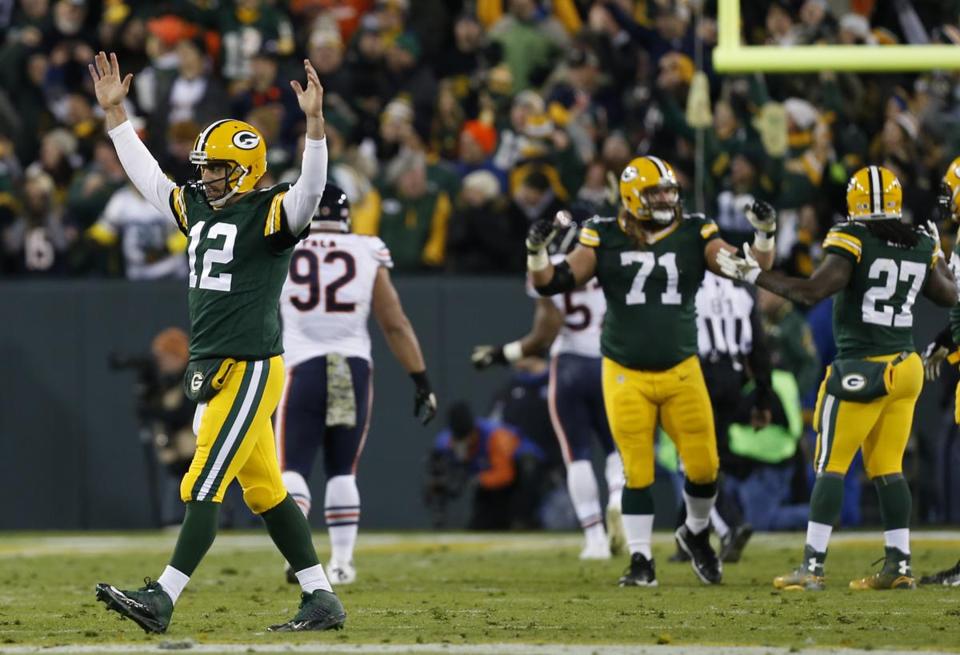 As a Bears fan, I think John Fox has the perfect opportunity to set the bar high by beating the rivals on opening day. I’m not saying it’s going to be. We all know what Aaron Rodgers is capable of even without Jordy Nelson. If the Bears can convert on 3rd downs and not turn the ball over then they have a chance. Both defenses aren’t elite by any means so I expect at least one team to run up the scoreboard.

In order to stop Green Bay, you have to stop the run and you have to put pressure on the quarterback. Eddie Lacy can’t average 4 to 5 yards a carry, and he can’t have multiple big plays. You HAVE to pressure Aaron Rodgers. If you give him time, the game is over. If you force pressure, he’ll get sacked or rush passes and that may lead to a costly mistake. Also, you have to make them settle for field goals in the red zone. The Bears are losing this game if they turn the ball over, and if they don’t establish the running game.

All in all, I’m looking forward to every meeting between the two teams. I hope my Bears win, but I wouldn’t be surprised if the Packers come out on top. We only get to see this match-up 2 times a year (3 times if we’re lucky). Get your popcorn ready!! (Anybody catch that T.O. reference?).