Witnessing the Chicago Cubs winning the 2016 World Series goes down as one of the most remarkable moments in sports history. The Cubs hasn’t been to the World Series since 1945 and hasn’t won a title since 1908 before this achievement. As a Chicago White Sox fan, I am extremely happy for the Chicago Cubs organization and their entire fan base. There have been generations that haven’t seen the Chicago Cubs on top of Major League Baseball. The Titanic sinking was more recent than the Cubs last championship title before this one (let that SINK in).

I’ve watched quite a few games this postseason just to see if the hype around this team is true. This team on paper is strong in all the major categories: hitting, pitching, baserunning, fielding, and coaching. However, the one word that has defined this postseason run for the “Northsiders” is resilient. The Cubs hasn’t faced adversity all season until they reached the playoffs, and a lot of people and baseball analyst wasn’t sure how this team will react when their backs were against the wall. This Cubs team has proved multiple times during this postseason run that they will not give up. Game 4 of the NLDS against the San Francisco Giants was a prime example. The Cubs were down 5-2 in the top of the 9th inning. Chicago scored 4 runs that inning to win 6-5 to eliminate the Giants (The Giants emptied their whole bullpen and still couldn’t stop the bleeding).

The fact that the Cubs forced a game 7 after being down 3 games to 1 is resilient within itself. This game 7 will go down as one of the most memorable game 7’s in the history of sports, in my opinion. From the Cubs being up 5-1 in the middle innings to Cleveland hitting the 2-run home run down 3rd baseline to tie the game at 6 in the bottom of the 8th inning to the, now infamous, rain delay, this game had a story book ending. Two teams have suffered for decades, and both teams were deserving of ending their respective titleless droughts. Words can’t fully describe the story and impact of this game, but the atmosphere was like no other. Here’s the highlight to game below.

This Chicago Cubs team that is currently constructed is poised to be contenders for the foreseeable future. There were 1 million people that turn out for the Chicago Blackhawks parade and festivals in 2015. I seriously believe that number will at least triple for the Chicago Cubs. Wrigleyville in Chicago was packed instantly after the win. 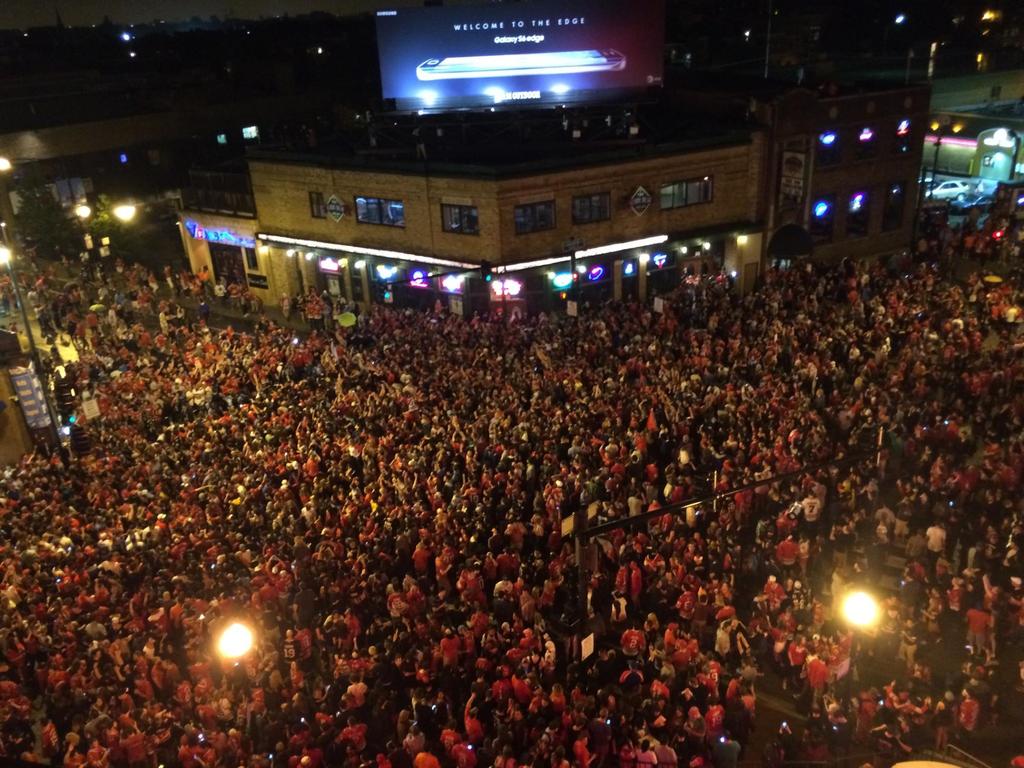 This was by far the best game of 2016. To me, this game tops game 7 of the NBA Finals when Cleveland came back down 3-1 to beat the Golden State Warriors. I know that the city of Cleveland hasn’t won a sports title in over 50 years until that moment. However, this Cubs team is “America’s Cinderella” that had never gotten over the hump for 108 years. This was the LONGEST drought in NORTH AMERICA sports (mind blowing). Cubs fans from all over the world will come to their victory parade. Congratulations again to the Chicago Cubs of ending something that has lasted for far too long. Chicago has truly become a “City Of Champions”. “Fly The W” Northsiders, you truly deserve it!

One thought on “It’s Over! Cubs Win World Series”