This shouldn’t even be a debate. The fact that he’s not a first ballot hall of famer is blasphemy. This is a case where everyone wants to remember the negative aspects of a person instead of his contributions. 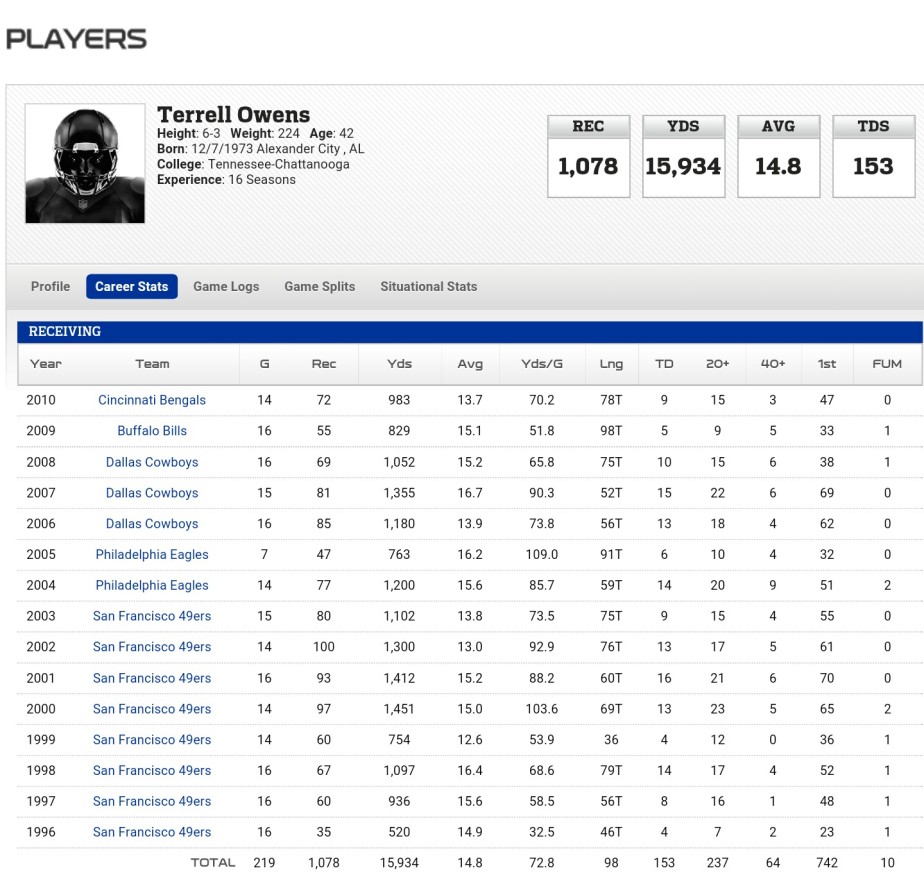 He’s sixth all time in receptions, third in receiving touchdowns, and second in receiving yards. Terrell Owens broke the record for most receptions (20) in one game against the Chicago Bears (sad face) while being a member of the San Francisco 49’ers (until Brandon Marshall set the record in 2009). Let’s not forget about his star stellar performance in the Superbowl on a severely sprained ankle. Besides the above-average drops, he was everything you wanted in a wide receiver. His work ethic is off the charts. He’s ambitious and always motivated. He could probably still play in the NFL today, truthfully speaking. 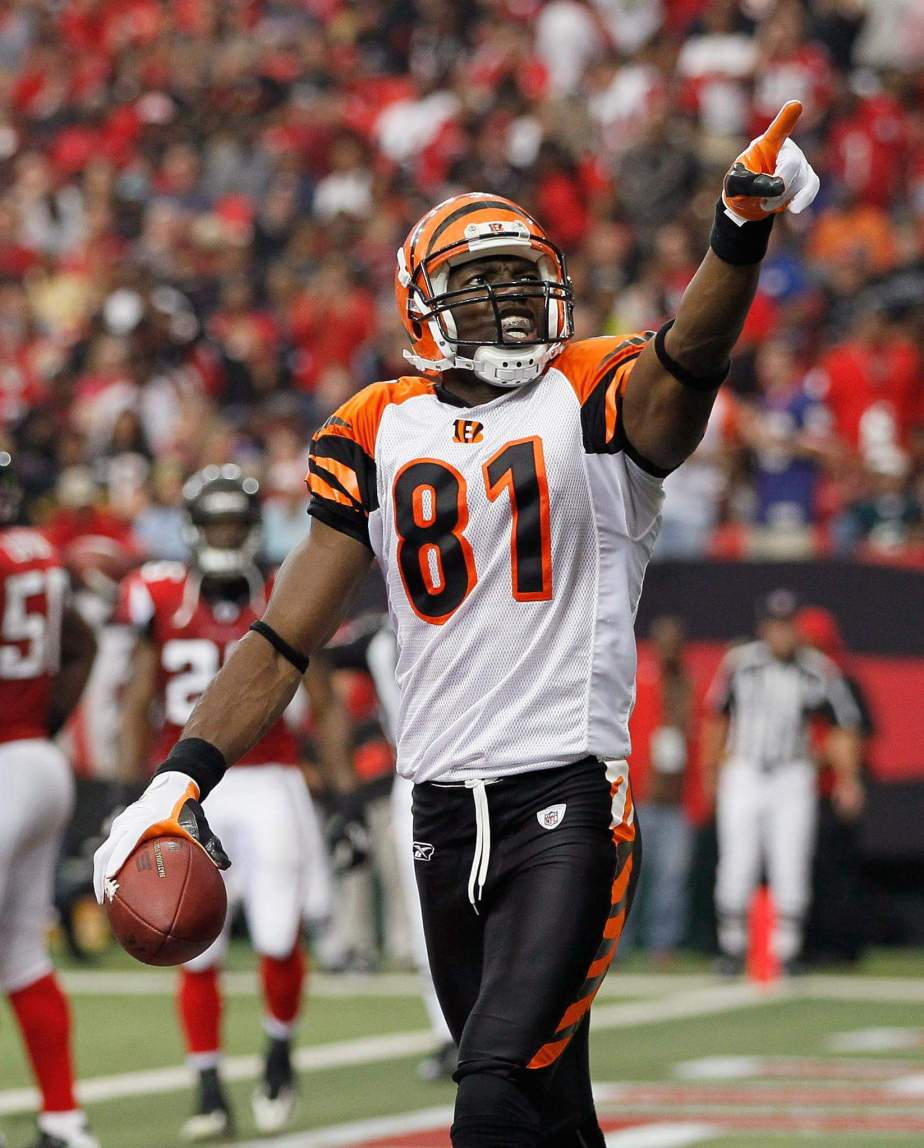 I’m not here to defend his antics because what he has done in the past was inexcusable at times. Bashing your quarterbacks and making demands doesn’t equal a good teammate. However, what I am aiming at is that what does any other that has to do with his productivity on the field? The media and journalists are the ones in charge of who enters the hall. I know T.O. wasn’t their favorite person by any means, but to deny him a ticket into Canton on his first try because he rubbed you the wrong way or to “humble him” instead of his resume is unacceptable.

The guy came to play football and he was definitely one of the best to ever do it. What’s your opinion?

The Carolina Panthers (11 offense and 6 defense) will take on the Denver Broncos (16 offense and 1 defense) Sunday for Superbowl 50. Peyton Manning will attempt to possibly ride off into the sunset with a Superbowl win like Jerome Bettis, Ray Lewis, and even his boss John Elway. The Broncos are back in the Superbowl for their second time in the Manning era. Their last visit was a disaster, getting trampled by Seattle. This time their defense is up to the challenge, but their offense nothing similar of that Superbowl team. Can Peyton add another Superbowl Title to his legacy? Will Peyton retire after this game like so much has be speculating that he will? Only time will tell. 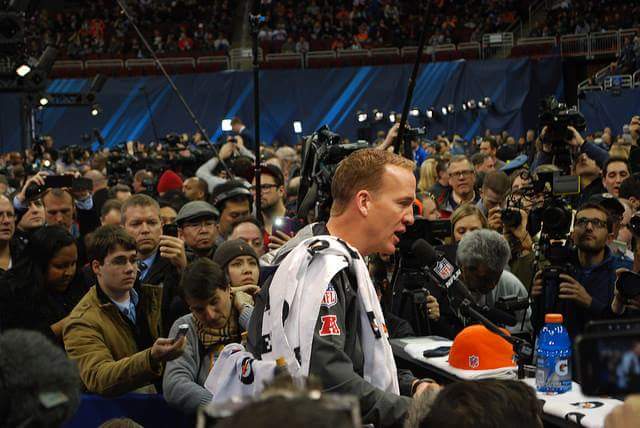 The Carolina Panthers will be making their 2nd Superbowl appearance in franchise history; their first in the Cam Newton era. This team was written off on majority’s Superbowl list when Kelvin Benjamin tore his ACL before the season. Newton became “Supercam”, and along with that stellar defense went on to only lose 1 game this season. The made the best of what they got and the presumed MVP of the season is looking to cap off this historic season with a Lombardi trophy. 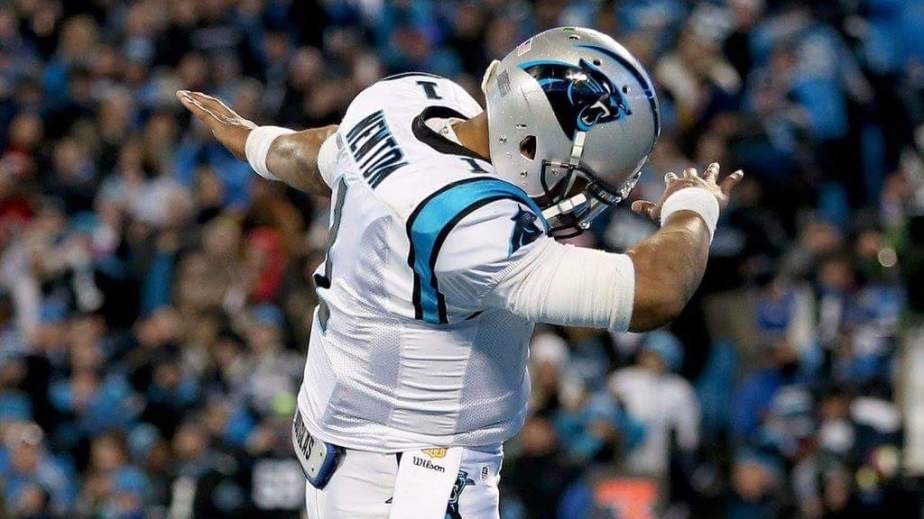 This will be the first time 2 number one overall picks will be playing in the Superbowl (Manning and Newton), and the first time the number one and number two overall picks from the same draft class will playing as well (Newton and Von Miller). I expect this to be a close defensive game or Carolina to blow Denver out. Denver’s offense is not what it used to be but you never know what could happen. 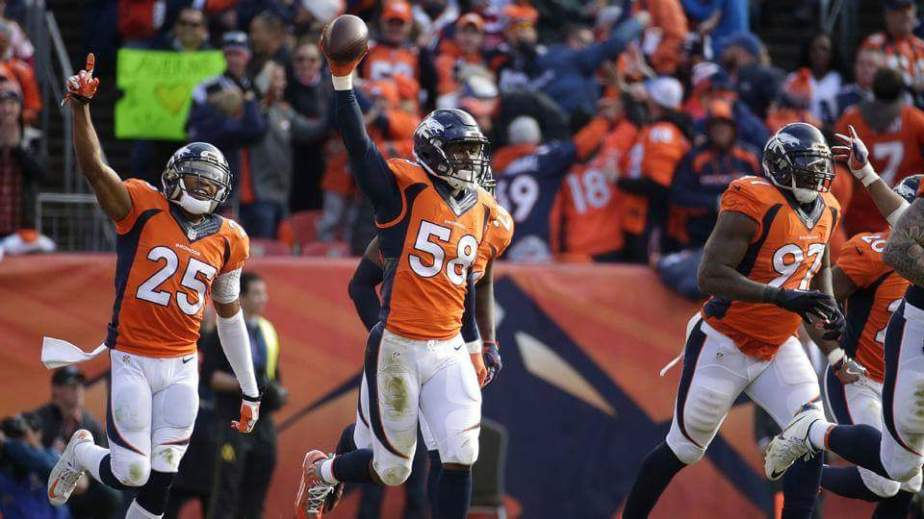 Denver wins if:
They can run the ball and convert 3rd downs. To beat Carolina, you have to be able to effectively run the football. The problem is that generally the Panthers defense is dominant against opposing running backs. If you have make Peyton Manning consistently convert 3rd and longs against this elite defense, they’ll be in for a long game.

Carolina wins if:
They can keep the Broncos defense honest and stop the pass rush. In order to keep the defense honest, Carolina will have to run the ball effectively or have a balance play call between run and pass plays. Von Miller and DeMarcus Ware were playing extraordinary in their win against New England. If that can neutralize that and Cam Newton has time, the Panthers has a really good chance of winning. 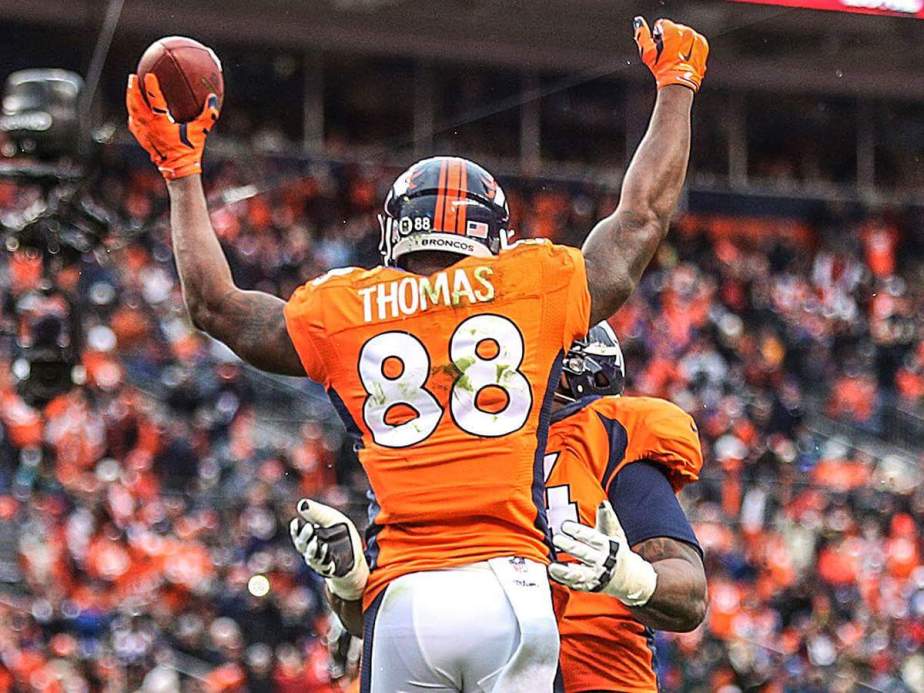 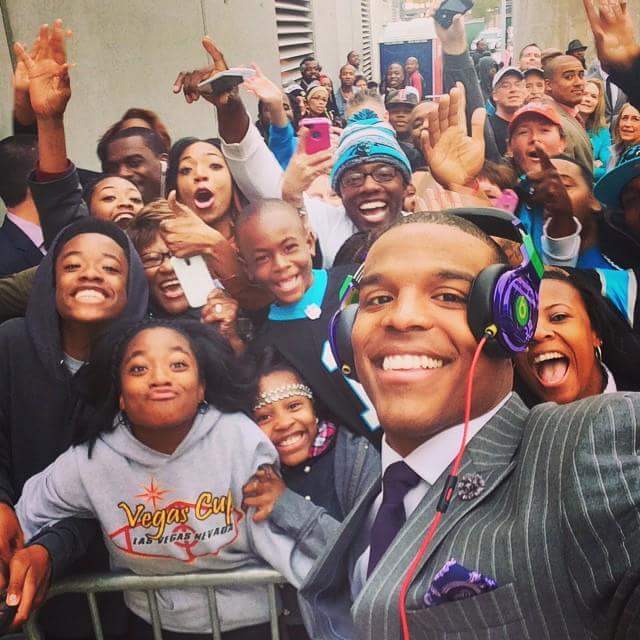